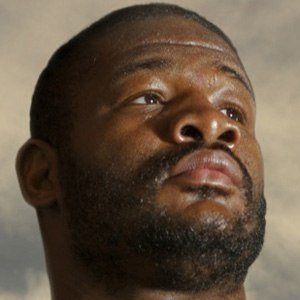 Two time World Heavyweight champion. He compiled a 43-1 career record and won a silver medal at the 1988 Olympics while competing in the super heavyweight class.

He was born 12th of 13 children in one of New York's roughest neighborhoods, Brownsville.

He spent 17 months in federal prison after being convicted of kidnapping his wife from her Charlotte, North Carolina home.

Although they never fought, Bowe received many comparisons to the great Muhammad Ali.

Riddick Bowe Is A Member Of