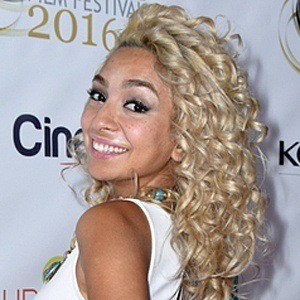 Pop and R&B singer-songwriter who reached global success from hits such as "Stop" and "Crazy Times." She has topped music charts in Japan, Canada and the Middle East.

She has performed songs in French, English, Spanish, and Arabic.

She was born in Morocco, but raised in Canada. She was exposed to many cultures growing up, which she attributes to her successful music career.

She skyrocketed to success after her #1 hit "Yalla Habibi" due to her collaboration with Karl Wolf.

Rime Salmi Is A Member Of