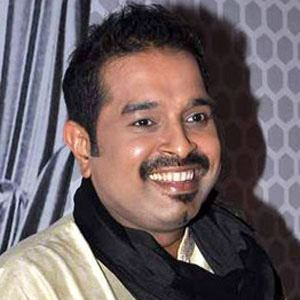 One-third of the elite musical composition trio Shankar–Ehsaan–Loy, which won many awards for their music compositions for various Indian films. These films included "D-Day" from 2013, "Don 2" from 2011, and "Tere Bin Laden" from 2010.

He matriculated from the SIES College of Arts, Science, and Commerce in Mumbai before launching his career.

He won an unprecedented four National Film Awards. He was named Best Male Playback Singer for the song "Bolo Na" in 2012.

He was born and raised in the suburb of Chembur to a Tamil Iyer family. He was taught Hindustani classical and Carnatic music while he was a child.

He and cartoonist Prriya Raj were both born in Mumbai.

Shankar Mahadevan Is A Member Of