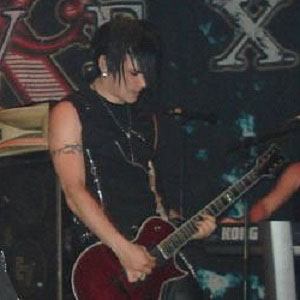 He and his bandmates Theon, Christian, Sammy Black, Julian Drain, and Jason founded Lovex in the early 2000s in Tampere, Finland.

Between 2005 and 2007, he and his bandmates released the number one hit song "Guardian Angel" and the Top 5 singles "Bleeding," "Remorse," "Die a Little More," and "Anyone, Anymore."

His relationship with Finnish singer Katra resulted in a daughter named Illusia.

He and Stone member Roope Latvala are both well known Finnish guitarists.

Risto Katajisto Is A Member Of