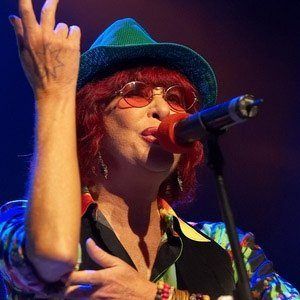 Brazilian rock singer formerly of the band Os Mutantes who has also worked as a composer. She has also appeared as a host on the comedy show Radio Amador.

She was in a musical group called Cilibrinas do Éden.

She had her own talk show called TvLeeZão.

She was married to former band member Arnaldo Baptista and has three children with her current husband Roberto de Carvalho.

She has worked with the producer for Alice Cooper.

Rita Lee Is A Member Of