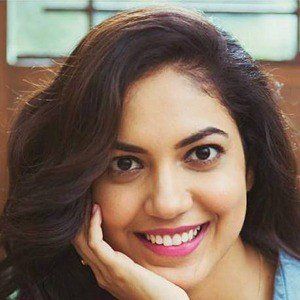 Actress who is widely known for her work in the Telugu Tollywood film industry. She won critical acclaim for her performance in the 2016 Telugu romantic comedy Pelli Choopulu, which earned her a Filmfare Award nomination for best actress.

She earned her bachelor's degree in engineering from Malla Reddy Engineering College. She was declared the first runner-up of the Dabur Gulabari Miss Rose glow pageant following her graduation.

She rose to fame for starring in the short film Anukokunda in 2012, which screened at the Cannes Film Festival short corner. She made her Tamil film debut in 2017 in the drama film China.

She was born and raised in Hyderabad, India.

She starred alongside Nikhil Siddartha in the 2017 Telegu action thriller Keshava.

Ritu Varma Is A Member Of