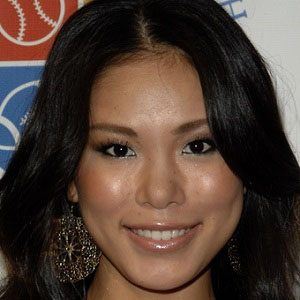 After winning the 2007 Miss Universe pageant title, this Japanese model and dancer went on to appear in reality television programs hosted by Donald Trump and Jessica Simpson.

During her early years, she trained at the Quinte Ballet School of Canada.

She was only the second Japanese Miss Universe in the pageant's history.

An only child, she spent her earliest days in Aoi-ku, Shizuoka, Japan, and her later childhood years in Ontario and British Columbia, Canada.

Riyo Mori Is A Member Of