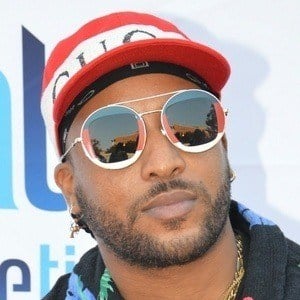 German-born American rapper known for his three-part EP Coke, Jack, and Cadillacs as well as his single "Permission," which reached #37 on the U.S. Hot R&B/Hip-Hop Songs chart.

He grew up in a heavily religious household, listening almost exclusively to gospel music, and began to sing, but resisted doing so as part of church services.

In 2016, he signed with RCA Records and released his first album under a major label called Eldorado.

He was born Ronnie James Tucker in Germany, but grew up across the United States. His father was in the military; he has a younger brother. He also has a daughter.

He collaborated with Asher Roth on the song "Lisa."

Ro James Is A Member Of