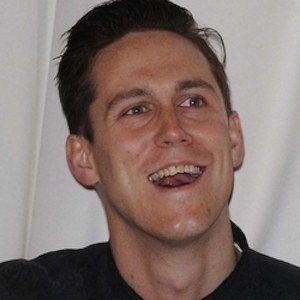 Guitarist who became a member of the band Florence + the Machine, known for such songs as "Shake It Out" and "Dog Days Are Over."

He was working at a production company in London when he got the chance to join the band.

Before he joined Florence + the Machine, he played lead guitar for the band The Sextones.

He is from England, and had a relationship with singer Katy Perry in 2014.

His band is led by and named after musician Florence Welch.

Rob Ackroyd Is A Member Of