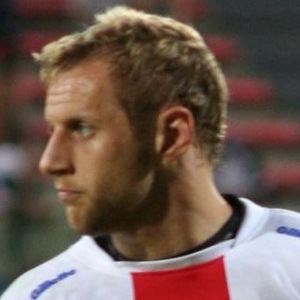 Rugby halfback and hooker who is widely known for his diminutive size and prolific Super League success. He won his seventh Super League title and second Challenge Cup in 2015 as a member of the Leeds Rhinos.

He became the first ever player to win two Harry Sunderland Awards following his performance in the 2011 Super League Grand Final. He has also represented England in international rugby competition.

He has played alongside Danny McGuire for the Leeds Rhinos rugby club.

Rob Burrow Is A Member Of