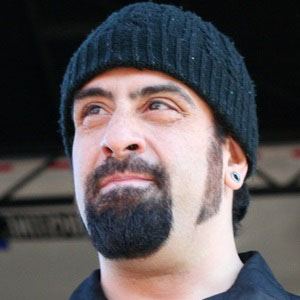 Famous for his work with the Danish heavy metal band Volbeat and with the American thrash metal band Anthrax, this guitarist also contributed to an album by the group The Damned Things.

He performed with his first metal band, Boiler Room, during the late 1990s.

He contributed to the Top 20 Anthrax album Worship Music, as well as to the Top 10 Volbeat album Outlaw Gentlemen and Shady Ladies.

He and Dan Spitz were both guitarists with Anthrax.

Rob Caggiano Is A Member Of