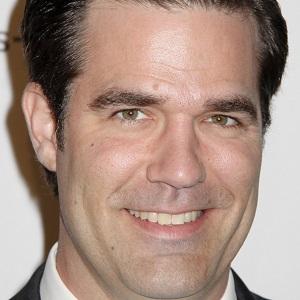 Comedian and writer who has been called the funniest man on Twitter by many publications. In 2015, he and Sharon Horgan became co-writers and co-stars on the Amazon series Catastrophe.

He attended NYU's prestigious Tisch School of the Arts.

His comedy special, Rob Delaney Live at the Bowery Ballroom, was released on Netflix in 2013 and his book, "Rob Delaney: Mother. Wife. Sister. Human. Warrior. Falcon. Yardstick. Turban. Cabbage." was released that year as well.

His son Henry passed away in January 2018. He and his wife have three other sons.

He appeared on an episode of the Comedy Central show Key and Peele alongside Jordan Peele.