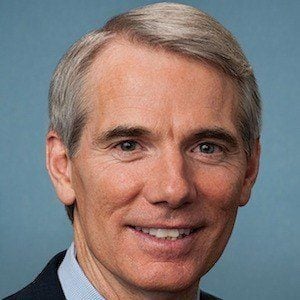 Republican politician who became a U.S. senator from Ohio in 2011 after serving in the House of Representatives from 1993 to 2005.

He graduated from Dartmouth College and the University of Michigan Law School before working in the White House during the first Bush Administration.

He, his brother, and his sister became owners of the Golden Lamb Inn, Ohio's oldest continually operating restaurant and inn.

He has three children with his wife Jane.

He was the 14th United States Trade Representative under President George W. Bush.

Rob Portman Is A Member Of