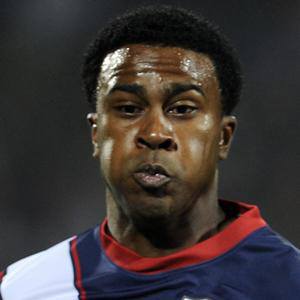 American forward who began his MLS career with the Los Angeles Galaxy in 2007.

He first played professionally for the Boulder Rapids Reserve in 2005.

His cousins, Mike Bibby and Eddie House, both played in the NBA.

He joined midfielder Landon Donovan on the United States national team in 2007.

Robbie Findley Is A Member Of