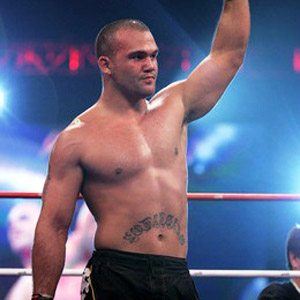 EliteXC middleweight champion known for his incredible punching power who returned to the UFC in 2013 and was named the Comeback Fighter of the Year by Sherdog.

He was a linebacker and all-state wrestler at Bettendorf High School in Iowa.

He won a split-decision against Rory MacDonald at UFC 167.

He was born in San Diego, California and grew up in Bettendorf, Iowa.

He scored a Knockout of the Night against the brash Josh Koscheck at UFC 157.

Robbie Lawler Is A Member Of