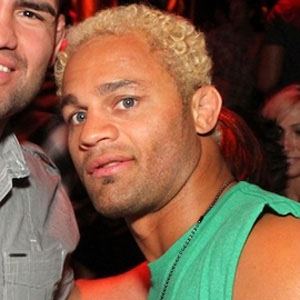 Welterweight fighter who competed in the debut season of The Ultimate Fighter.

He was the 2001 NCAA Division 1 champion while representing Edinboro University.

He was defeated by George St. Pierre via unanimous decision on August 25, 2007.

Josh Koscheck Is A Member Of