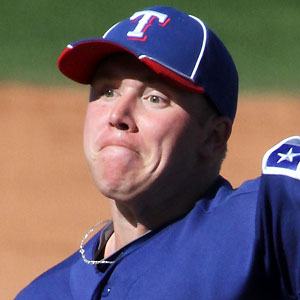 Left-handed relief pitcher who debuted with the Texas Rangers in 2012.

He pitched at the Lexington Christian Academy and was selected in the second round of the 2008 MLB Draft by the Texas Rangers.

He went undefeated (6-0) during his rookie season.

The first major leaguer he struck out was six-time All-Star slugger Paul Konerko.

Robbie Ross Is A Member Of