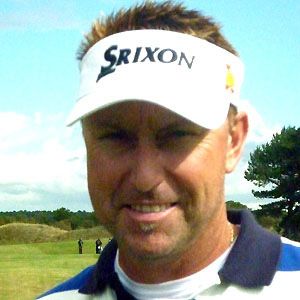 Australian golfer who turned professional in 1991 and tied for seventh at the 2004 U.S. Open and 2008 Open Championship.

He grew up in public housing and by the age of 7 he had started golfing.

His two children are Lily Bela and Harry Jack whom he had with his wife Sandy in 1999.

He finished 2nd behind Tiger Woods at the 2009 WGC Bridgestone Invitational.

Robert Allenby Is A Member Of