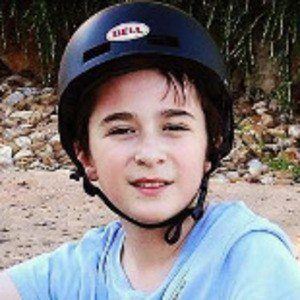 YouTube personality featured alongside his younger brother William-Haik on the two family channels jeffmara and happyfamily1004. Between the channels, the brothers frequently make toy videos and unboxing videos.

His family's jeffmara channel was created by his parents in July of 2006 before he was even a full year old.

He and his brother William are the sons of parents Jeff and Mara. His dad is featured in the occasional video under the nickname Super D.

He and David of FamilyFunPack are both young personalities featured alongside their family on their respective YouTube channels.

Robert-Andre Is A Member Of