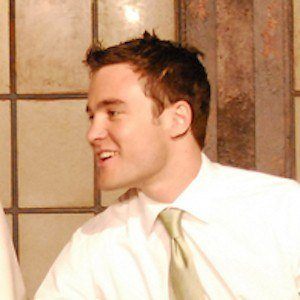 Actor who is famous for his guest starring roles on a litany of TV series. He appeared on According to Jim, starring his father Jim Belushi, in 11 episodes and in various roles between 2002-2009. He has also appeared on The Mentalist, Black List, and Chicago PD.

He earned his B.A. in film studies from Wesleyan University. He moved to Chicago to study acting at the School at Steppenwolf and comedy at The Second City and iO.

He appeared as fan favorite character Linus the Bartender on the TV series How I Met Your Mother between 2013-2014. He appeared in the 2014 film Devil's Due.

His uncle is late-comedian John Belushi. His mother's name is Sandra. He has two brothers named Jamison and Jared.

He frequently appeared alongside Neil Patrick Harris and Jason Segel on the popular sitcom How I Met Your Mother.

Robert Belushi Is A Member Of