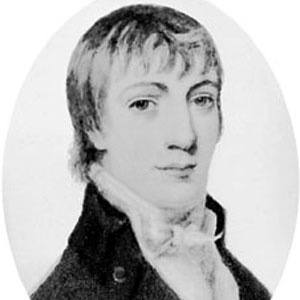 Late eighteenth and early nineteenth-century English poet who is most remembered for Rural Tales and The Farmer's Boy. His other works include The Banks of the Wye and Good Tidings.

He was born into poverty in Suffolk, England and was raised by his school mistress mother after his tailor father passed away.

He died in poverty, and his manuscripts had to be auctioned off to pay for his funeral.

He wed Mary Ann Church in 1790. The couple had five children.

His best known poem, "The Farmer's Boy," was influenced by James Thomson's similar poem, "The Seasons."

Robert Bloomfield Is A Member Of