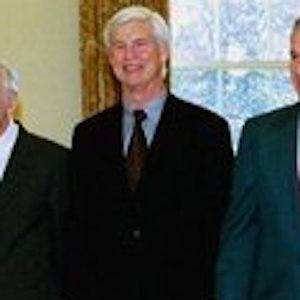 Economist who won a Nobel Memorial Prize in 2003 in the field of Economic Science and also taught at the New York University School of Business.

He earned his Ph.D. in Economics from Cornell University in 1969.

His major economic discovery was a method for predicting and analyzing swings in the stock market.

He married Marianne Eger Engle in 1969; the couple had a daughter and a son.

He and fellow economist William Baumol both taught at New York University.

Robert Engle Is A Member Of