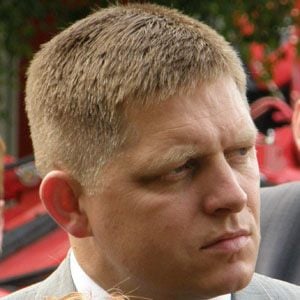 Communist Prime Minister of Slovakia who has led the Direction - Social Democracy party and took office for the second time in 2012. He announced his candidacy for the presidency in 2013.

He studied Law at the Comenius University in Bratislava, graduating in 1986, and then worked at the Institute of State and Law of the Slovak Academy of Sciences.

He has served as the Prime Minister of Slovakia twice and in 2010 crudely attacked media sources for not respecting him.

He married the lawyer, Svetlana Ficová and has raised one son with her; though in 2013 he was photographed in an intimate embrace with his secretary.

He and American journalist, Edgar Snow were both communist thinkers.

Robert Fico Is A Member Of