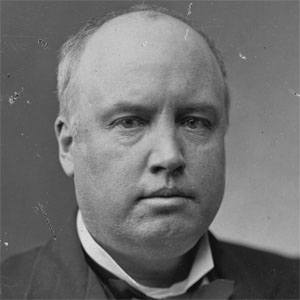 Nicknamed "The Great Agnostic," he spoke publicly on religion, slavery and women's suffrage. His influential speeches were posthumously collected in a twelve-volume work known as the Dresden Editions.

He worked as a schoolteacher in Illinois before earning a law degree. Later, he organized the 11th Regiment Illinois Volunteer Cavalry, a unit that fought in the American Civil War's Battle of Shiloh.

He was captured in the Civil War, but was released after promising that he would not fight for the remainder of the war.

He married Eva Parker Ingersoll, with whom he subsequently had two daughters. He was the son of Congregationalist minister and abolitionist, John Ingersoll.

He was a close friend of Walt Whitman.

Robert Green Ingersoll Is A Member Of