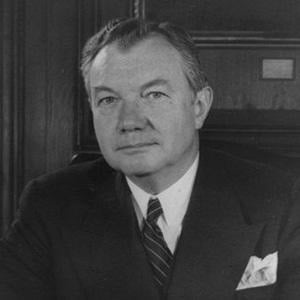 Associate Justice of the U.S. Supreme Court. He was also the 57th U.S. Attorney General.

He learned in high school that he was very good in debates. He never graduated from law school.

He was the chief U.S. prosecutor at the Nuremberg Trials.

He married Irene Alice Gerhardt in 1916.

He served as Associate Justice of the U.S. Supreme Court while Franklin D. Roosevelt was president.

Robert H. Jackson Is A Member Of