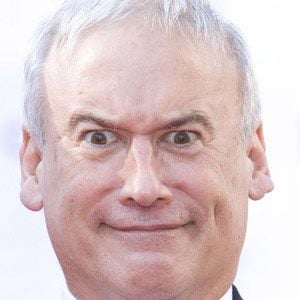 Canadian children's author who published his popular book, The Paper Bag Princess, in 1980. Another of his best-known works, Love You Forever, made the 2001 Publishers Weekly list of All-Time Best Selling Children's Books.

He initially aspired to be a Jesuit priest, but decided to pursue a Master's degree in Child Studies at Tufts University, instead. He also received degrees in history and anthropology from Fordham University and Boston University, respectively.

He was inaugurated into the Order of Canada in 1999 and was given a star on Canada's Walk of Fame.

He was born in Pittsburgh, Pennsylvania and later settled in Canada. He met his future wife, Ann, in 1971, and the couple later adopted several children.

He is a contemporary of fellow children's author Jacqueline Wilson.

Robert Munsch Is A Member Of