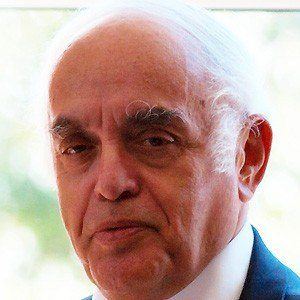 Journalist, columnist, and political commentator who hosted the Inside Report and wrote Prince of Darkness.

He was a member of the Alpha Epsilon Pi Fraternity while he was at the University of Illinois.

He married Geraldine Williams in 1962 and together they had two children.

Another famous American journalist like him was Helen Thomas.

Robert Novak Is A Member Of