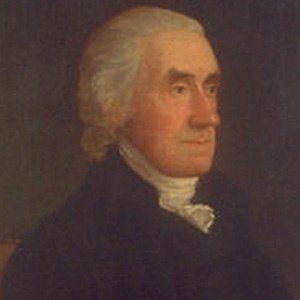 Founding Father, and the signer of the Declaration of the Independence who was Massachusetts's first attorney general. He notably prosecuted the British soldiers who perpetrated the Boston Massacre.

He entered Harvard College at age 14, and graduated at 18, before entering the mercantile business.

A statue in memory of him was erected at Church Green, in Taunton, Massachusetts.

His grandfather on his mothers side was Rev. Samuel Treat. one of the founders of Newark, New Jersey.

John Adams was his opposing council for the British Soldiers involved in the Boston Massacre.

Robert Treat Paine Is A Member Of