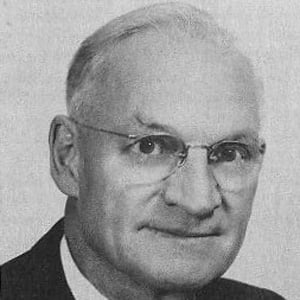 Urban sociologists who played a leading role in the development of the Chicago School of sociology. His work often dealt with details of race and ethnic relations, assimilation, and social movements.

Studying under several prominent sociologists at the University of Michigan and Harvard, his early research focused on relations between the natives and colonists in the Belgian Congo.

He coined the term 'human ecology,' drawing analogies between cities and natural environments, which he said were animated by the same forces.

He was born in Luzerne County, Pennsylvania, and grew up in Minnesota.

He was the secretary to Booker T. Washington, conducting research into race relations with Washington's help.

Robert E. Park Is A Member Of