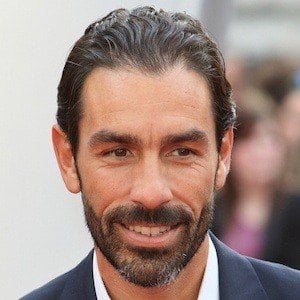 He grew up a fan of both Spain's Real Madrid club and the Portuguese Benefica.

He was versatile enough to play midfielder in support of strikers as well as being a striker himself; he was named Player of the Year in France's Ligue 1 and the English PFA.

He was married for six years, then divorced; he then met the French model, Jessica Lemarie, with whom he had his first child.

He was a teammate of Thierry Henry on Arsenal.

Robert Pires Is A Member Of