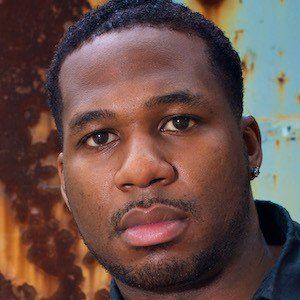 Best known as being the pedal steel guitarist leader of Robert Randolph and the Family Band. In 2003, he was named by Rolling Stone magazine as one of the Top 100 Guitarists of All Time at #97.

He was trained as a pedal steel guitarist at the House of God Church. He was eventually discovered while playing at a pedal steel convention in Florida.

In 2010, he made a guest appearance on the Elton John and Leon Russel song "There's No Tomorrow." In 2013, he and his band released their fourth studio album, Lickety Split. It featured Carlos Santana guest appearing on the song "Brand New Wayo."

He was born and raised in Irvington, New Jersey.

He has collaborated in-studio and live with the Dave Matthews Band.

Robert Randolph Is A Member Of