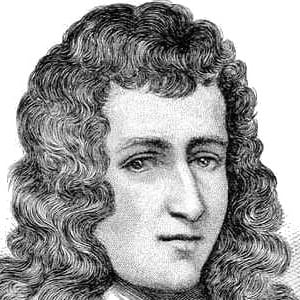 French seventeenth-century explorer who traveled to the Mississippi River, the Gulf of Mexico, and the Great Lakes regions. He set up forts in many of the major waterways of the Americas. At one point his crew, on a voyage to Mexico, rose up in a mutiny against him.

He first traveled to New France in 1666, intending to live as a colonist, having been deprived of his family's fortune after deciding to join the Jesuit Order.

His explorations resulted in the Mississippi River Basin coming under French control.

He was born in Rouen, France to an upper-class family. His brother, Jean, became a priest in the Sulpician tradition.

He and Joseph Nicollet were both French explorers who traveled to the Mississippi River region.

Robert De la Salle Is A Member Of