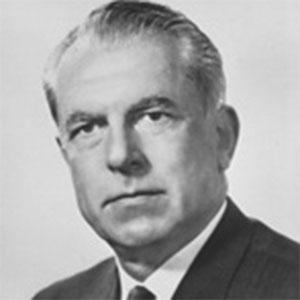 Republican politician, the 71st Governor of Vermont and as a US Senator from 1971 to 1989. He notably helped establish the college loan program that came to bear his name.

As a member of Senate Subcommittee on Education, Arts and the Humanities, he worked to make college affordable to everyone, with the Federal Guaranteed Student Loan program renamed in his honor.

He was born in Rutland, Vermont, the son of Bert Linus Stafford and Mabel R. Stratton.

Rhode Island Governor Claiborne Pell was another key figure in establishing financial aid for college students: the federal Pell Grants were named after him.

Robert Stafford Is A Member Of