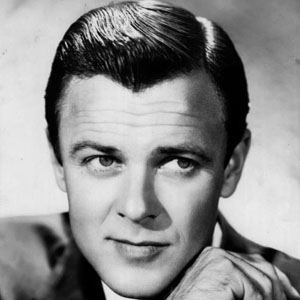 Actor and known as husband of Anne Jeffreys who appeared in many TV shows.

His promising career went south after World War II, and was reinvigorated by his future wife.

His father, Bill Hart pitched in the major leagues in baseball.

He was married to Anne Jeffreys and starred with her for two years on the CBS sitcom, Topper.

Robert Sterling Is A Member Of