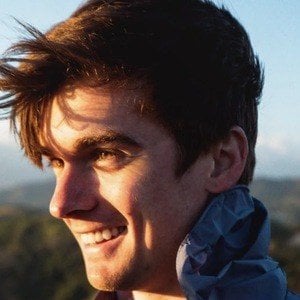 Instagram star who is known for sharing a wide range of videos documenting his cliff jumping and traveling. Often aesthetically pleasing and shot both in POV and from interesting angles, he shares his videos and other action sports photos for his over 120,000 Instagram followers.

He first began sharing his adventure posts to his Instagram in March of 2013.

In addition to his Instagram, he shares additional content including extended and edited videos, vlogging posts of him exploring new jump spots, and adrenaline rushing cliff jumps for his over 9,000 YouTube subscribers.

He was born and raised in the Pacific Northwest. He is known for dating Hope Lane and often posts pictures with her to his Instagram.

Robert Wall Is A Member Of