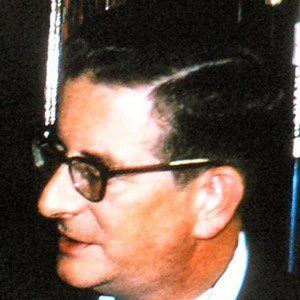 One of the preeminent organic chemist of the 20th century who won the Nobel Prize in Chemistry in 1965 for demonstrating through his research that natural products could be synthesized.

He obtained a bachelor's degree from MIT.

He helped synthesize the vitamin B12, which is one of the most complex natural products ever to be synthesized.

He won the Nobel Prize in Chemistry a year after Dorothy Hodgkin did.

Robert Burns Woodward Is A Member Of