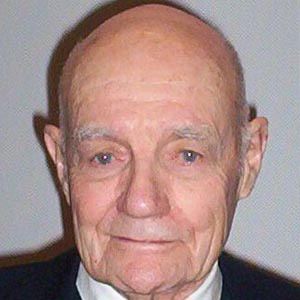 Analytical chemist who received the 2002 Nobel Prize in Chemistry for his work in mass spectrometry. His most important contribution was his development of electrospray ionization.

He moved from New Jersey to Kentucky after his family lost everything in the Great Depression.

He was sued by Yale University over ownership of an electrospray patent.

He had three children with his first wife Margaret.

He won the Nobel Prize in Chemistry in 2002, the year before Peter Agre did.

John Fenn Is A Member Of