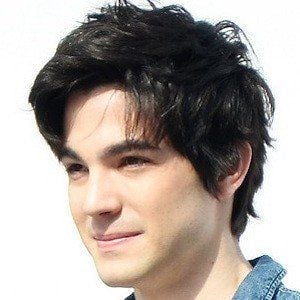 Television host and model widely known in South Korea as a panelist on Non-Summit and the host of the Most Beautiful Days. As a European native, he also serves as an Honorary Culture Sharing Ambassador for the Korea Foundation.

He first came to South Korea while studying at the University of Burgundy. During his study, he transferred to Konkuk University as an exchange student.

He has been featured on singles by Korean pop groups like "Shining Star" with the Sosim Boys and "What Are You Doing?" with Crayon Pop.

He was born in Avallon, Burgundy to an Italian father and a French mother.

He made his television debut in a 2013 episode of Infinite Girls, a show featuring Korean rapper and singer Hwangbo.

Robin Deiana Is A Member Of