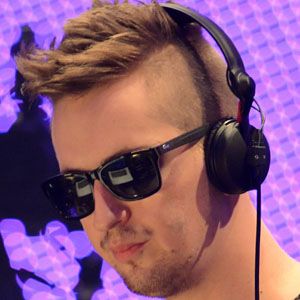 German DJ and remixer who has won worldwide recognition through multi-platinum remixes of tracks like Mr. Probz' "Waves" and Lilly Wood and the Prick's "Prayer in C." His album Prayer was released in 2009 and cracked the top ten in three countries.

He began working as a DJ at age seventeen and first gained attention with his remixes posted on SoundCloud.

He co-founded the record label Lausbuben Records with Christopher Noble and Daniel Bruns. He has more than 350,000 followers on Sound Cloud.

He is originally from Osnabruck, Germany.

He collaborated with singer Jasmine Thompson on the single "Sun Goes Down" in 2014.

Robin Schulz Is A Member Of