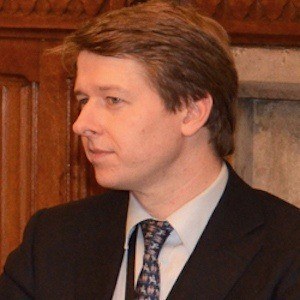 English Conservative Party politician who represented Worcester as a Member of Parliament. He assumed office in 2010.

He earned a scholarship to study history at Balliol College, Oxford.

He worked for the Finsbury Group, a London-based financial organization.

His father, Peter Walker, also served as a Member of Parliament for Worcester.

He and Timothy Eggar both served in the British Parliament.

Robin Walker Is A Member Of