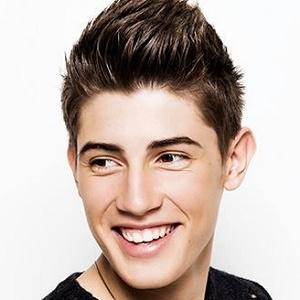 Finnish singer who released the multi-Platinum certified albums Koodi, Chillaa, Boom Kah, and 16, each of which reached the top of the Finnish Albums Chart. Having reached Gold Record status 50 times in his home country as a teenager, he would already become the most successful pop artist in Finland of all time.

He won the Finnish singing contest Staraskaba in 2008 and he represented Finland at the New Wave Junior Contest in Moscow in 2009.

He is known for his mismatched bicolored sneakers and energetic live shows with several trampolines on stage. He was the most Googled person in Finland in 2012, 2013 and 2014.

His family comes from Turku, Finland.

Mikael Gabriel was featured on his single "Boom Kah."

Robin Packalen Is A Member Of