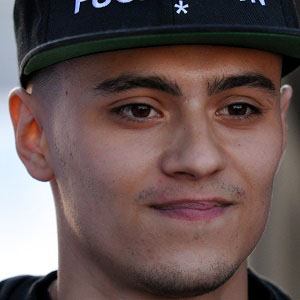 Finnish rapper best known for the release of his album Versus, which peaked at #2 on the Finnish charts. His 2011 album Pohjosen poika peaked at number nine.

He released his first album 5 miljoonaa muuta in 2009.

He is from Helsinki, Finland.

He was featured on the Robin Packalen track "Boom Kah" in 2013.

Mikael Gabriel Is A Member Of