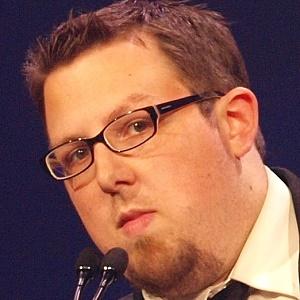 Creator of the web based comedy group Mega64 who also has a personal self-titled video blogging YouTube channel. He was ranked 2nd by ComplexGaming in a list of non-video game developers who serve as video game personalities.

He started to develop the idea for Mega64 while in school in 2002, initially intending for it to be released on public access television.

He has produced videos for companies including IGN and Game Trailers as well as online ads for Ubisoft and The Behemoth, among others.

He was born in San Diego, California. He has posted photos of his girlfriend on Instagram.

At Anime Conji in 2010, Rocco and the rest of Mega64 did a comedy bit with Jeff Foxworthy.

Rocco Botte Is A Member Of