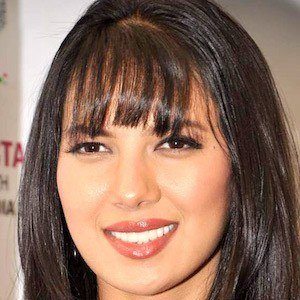 Model who is best known for being crowned Miss India International in 2012. In 2014, she was featured in the annual Indian Kingfisher Calendar for its February page.

She graduated from M.O.P Vaishnav College for Women with a Bachelor's of Science electronic media degree. Following her college graduation, she worked as a model and on-air TV anchor in Chennai, India.

She was born and raised in Chennai, India.

She appeared alongside Nicole Faria in the 2014 Kingfisher Calendar.

Rochelle Rao Is A Member Of