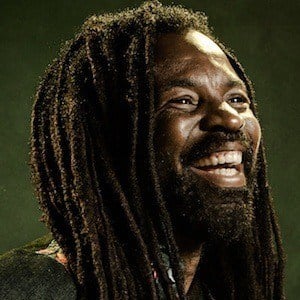 Ghanaian singer known for his multicultural reggae style "Afro Roots." His 2015 album, Branches of the Same Tree, was nominated for a Grammy Award.

He grew up the son of a military chef, and his family's travels exposed him to a variety of musical styles.

He comes from a royal family of the Konkomba tribe and grew up with seven siblings.

Rocky Dawuni Is A Member Of