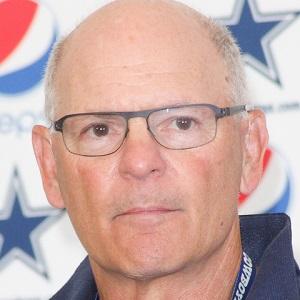 Football coach who has served as a defensive coach for NFL teams like the Chicago Bears and Dallas Cowboys. As a head coach, he has the unfortunate distinction of having led the Detroit Lions to the first 0-16 regular season record in NFL history.

He got his start as an assistant coach at Los Angeles' Rosemead High School from 1973 to 1975.

He won Super Bowl XXXVII as the defensive line coach for the Tampa Bay Buccaneers.

He coached Hall of Famer Warren Sapp during his time as the defensive line coach for the Buccaneers.

Rod Marinelli Is A Member Of