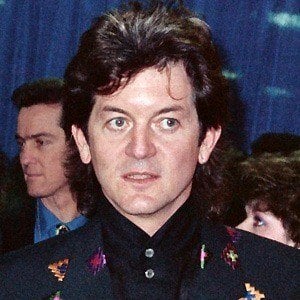 His parents and grandparents were also musicians, which led him to pick up drums when he was eleven. He moved to Nashville in 1972 to further his career.

At height of his career he had five #1 singles in a row, including "I Couldn't Leave You If I Tried."

He was married to country singer Roseanne Cash, and frequently collaborated with her in writing music.

He wrote several hit songs for Wynonna Judd, including "Sing."

Rodney Crowell Is A Member Of