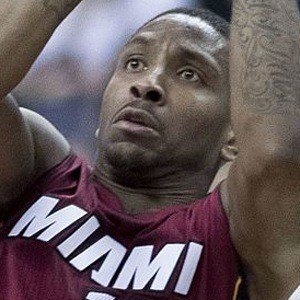 Undrafted free agent out of Kansas State University who was promoted to the active roster of the Miami Heat in 2016. He became an NBA D-League champion in 2016.

In 2013 while at Kansas State, he was an AP honorable mention All-American and was a First-team All-Big 12. As a senior that year, he was a top 30 finalist for the Naismith College Player of the Year.

He was born in Landover, Maryland.

Heat head coach Erik Spoelstra gave him a chance to prove himself during the 2016-2017 NBA season.

Rodney McGruder Is A Member Of