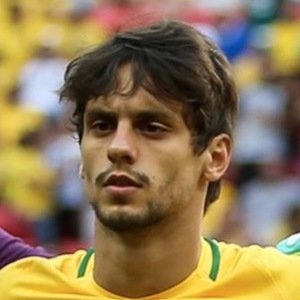 He first began his youth career with the Sao Paulo FC academy in 2005. He started his professional career as a defensive midfielder playing for the club in 2011 and began playing for Brazil's under 20 team in 2012. He then joined their first national team in 2016.

As a member of Brazil's national team, he won an Olympic Gold Medal during the 2016 Summer Olympics. He is also known for having won the Copa Sudamericana with the Sao Paulo club in 2012.

He was born and raised in Dracena, Brazil.

As a player on Brazil's national team during the 2018 World Cup, he played alongside Thiago Silva, Marcelo Vieira, and Neymar.

Rodrigo Caio Is A Member Of