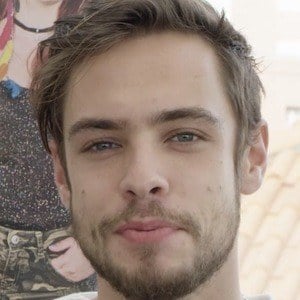 First rose to fame for his role as Filipe Dinis in the television series Morangos com Açúcar. He has gone on to earn prominent roles in Ouro Verde, Doida por Ti, and O Beijo do Escorpião.

He made his first television acting appearance as as a child in the television series Santa Casa.

In 2017, he made his feature film debut playing Antonio Maria in Jacinta.

In October 2017, he posted an Instagram photo with his mother in honor of her birthday.

She joined Paula Lobo Antunes in the cast of Jacinta in 2017.

Rodrigo Paganelli Is A Member Of